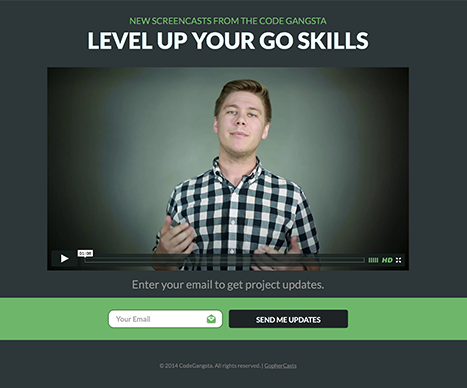 Blowing other gangsters (and coders) to smithereens.

This week I’m writing an opinion piece on why I think that codegangsta’s command line interface package for Golang is great, and you should use it. Nice job, contributors!

Well designed, and a pleasure to use

This is the library that you dreamed about when you first learned how to use argv and argc in C. If you’ve ever tried parsing argv by hand (without relying on an external library), you know that it can be a pain and require a lot of strenuous fixing up with duct tape in order to get working effectively. Well no more now. Just:

As evidenced by the popularity of Martini and Negroni, codegangsta has good taste when it comes to designing APIs for developers to consume. I’ve used cli for a variety of things now, and it’s very flexible while still be incredibly effective.

I mean come on, this just looks incredibly fun:

Lets you get stuff done

I sort of hinted at this, but this is what I see as the main advantage of cli over using nothing, or just using raw flag parsing, it allows you to handle the inevitable complexity of developing a command line application before it even becomes an issue.

I’ve long noticed that developers love libraries the most when you barely even notice they’re there. The framework or tool becomes like an extension of your own mind in solving the problem. In my opinion, jQuery is like this. It inspires such a raw explosion of creativity in the people using it that its explosion and proliferation was inevitable. Instead of making you cobble together vanilla JavaScript to get what you want, you can work way further up in many different ways which are all right. Go is like that too, with gofmt and Go’s error handling patterns etc. at play everyone’s code starts to look the same.

That’s what cli is like. It just gets out of the way, and lets you write the application that you actually came here to write.

Flags are how they’re meant to be

I have to admit, I LOVE flags. I grew up on a steady diet of UNIX weirdness and writing apps that have crazy flag fun is fantastic. cli’s API is easy to follow. Even a complicated structure retains order. For instance, a sample from a rewrite of fig in Go that I’ve been doing:

It always drove me crazy that Golang’s default flag package preferred -name style (one hyphen) flags by default, although there may be a good reason for it that I’m not aware of. cli does --long-flags this way by default. Yay!

It supports multiple forms of flags (e.g. -v and --verbose). You get subcommands too (e.g. git remote add, git remote rm). It’s an incredible amount of power and flexibility.

I was able to divine pretty much everything I needed to write an effective app with this library quite easily from the documentation. ‘Nuff said. That’s a rare honor in this world of half-baked Github repos, Gists, and JSFiddles.

codegangsta and crew are pretty active on Github (and I would guess IRC, but I don’t know this for a fact). Proposals for new features and the like are not met with hostility on Github, instead they are discussed with civility. I hate seeing Github issues devolve into flame wars and I definitely think community matters a lot in weeding out the bad actors to keep the experience of discussing software a pleasurable one.

What are the downsides?

Like anything new, cli has a few downsides too.

In spite of these issues, obviously I think cli is really great for getting applications out the door quickly with Go. I am hopeful that its great design and philosophy will influence future libraries, frameworks, and software. :thumbsup: