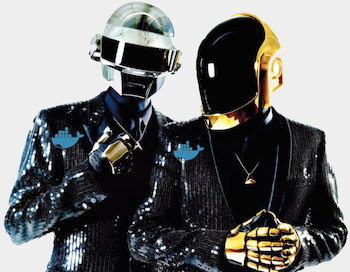 Basically @ehazlett and I these days

Welcome to the Machine.

It’s release season and the incorrigible Evan Hazlett and I, along with many others whose work I am infinitely appreciative for and could not possibly do without, are firing on all cylinders to try and get the best possible Docker Machine that we can out the door for the 0.3.0 release. There are so many new features and so much goodness in this release that I couldn’t possibly do them all justice in a single blog post (although I may well try for the release post), but since I am bursting at the seams with enthusiasm for it I can’t help but possibly “spill the beans” on one of the things we are getting ready to drop and give you a little sneak preview.

We’re introducing a new driver in this release called generic. It seems like a really subtle (albeit useful) feature at first, but I have a feeling it’s going to be really important to the future of the project, and in my opinion really hearkens to all kinds of insanely awesome new things which are starting to become viable – particularly, integration with other projects that previously seemed to overlap in functionality with Machine, or where the boundaries weren’t quite clear. More on the specifics of that in a later post.

Go doesn’t have generics, but Machine does.

Yeah, sorry, couldn’t resist that one.

Much like the virtualbox, digitalocean, amazonec2, etc. drivers for Machine, which allow you to create machine instances with Docker installed and configured the proper way on an ad-hoc basis and then manage them on those providers, the generic driver does so for ANY machine which you have SSH access to. You lose a little bit of flexibility in terms of, say, powering off and on the instance through the provider’s remote API (which the generic driver cannot control), but you make up for it in terms of flexibility and accessibility in terms of bridging Machine with tools it does not directly account for, e.g. Ansible, or providers which Machine does not natively support.

Here’s the kicker: All of the options that you use with Machine to configure, say, Docker Swarm on the created hosts also apply for these hosts you “import” into your Machine store using the generic driver. So, bootstrapping and using a Docker Swarm cluster is becoming easier than ever (you can just use existing machines to run it if you want to), and so is interacting with the Docker daemon which is running on those hosts directly. Introspecting the state of your system and running Docker daemons Secure communication from your client to the remote daemons using TLS is, of course, also a huge plus, and is something else which Machine sets up automatically for you.

Let’s take a look at this in action.

The Generic Driver in Action

Note: If you want to follow along at home, you can grab the most recent release candidate from GitHub. Cheers!

Let’s say that I’ve created a server through the DigitalOcean admin interface, and imported my public key into the instance (so I can SSH in without having to type a password). That’s cool, but I want to use it with Docker and Docker Machine, and I don’t have any of that set up and configured right now. On top of that, I want to make it a master node for a Docker Swarm. That sounds pretty scary and/or tedious to set up by hand, but Machine with the generic driver can automate the process for you quite nicely.

Firstly, we have to create a Swarm token if we don’t have one already (this is used for discovery by the master and its worker nodes):

Suppose my instance is at the IP address 107.170.195.209. Since I have SSH and sudo access on the box (which Machine needs in order to work), I can bootstrap all of the things listed above with just one command:

This will create a new Docker Machine host, gendo, which has Docker (and Swarm!) configured and ready to rip. We might have had to specify the path to the SSH key file or name of the user to work as, but in this case the defaults of $HOME/.ssh/id_rsa and root for those values served fine.

You can see it in the output of docker-machine ls:

Best of all, it is configured as a Swarm master, so you can create other nodes which join the cluster using the same discovery token if you wish. All of this is set up behind the scenes for you based on your desired configuration, so you don’t have to go mucking about with TLS certificates and the like just to play with Swarm. It is automated for you.

You can use the swarm master with: eval $(docker-machine env --swarm gendo).

I think this is the basis of a really powerful and flexible method which eventually will be used to bridge the gap between Docker Machine and other tools such as Terraform and Ansible, among other use cases.

I hope that this little teaser preview, makes you want to go try it out ;D