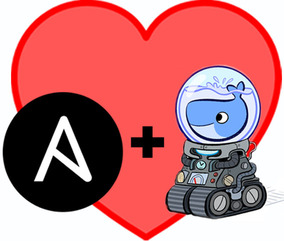 I’m a maintainer and big fan of Docker Machine for quickly generating and using Docker hosts in the cloud and elsewhere. Creating and accessing machines, however, is only the beginning of the battle, as most drivers will leave you with a machine which is a relatively blank slate, and you may want to customize the machines to your liking with a provisioning process of your own in addition to Docker Machine’s relatively thin provisioning. For instance, we are likely to want to turn on firewalls, add non-root users, install some software such as htop which helps with administration of the box, and so on. We could run a shell script on the created machine(s) using docker-machine ssh, but for these types of boilerplate operational tasks I prefer Ansible.

One option is to create the nodes we want to manage with Docker Machine and then use an Ansible dynamic inventory plugin to run our desired tasks. Indeed, this seems like the best bet for managing the configuration of the machines using Ansible in the long run. But, for the initial post-create provisioning, I could not get the idea out of my head of simply running it within a Docker container on the created machine itself. This would free us from needing Ansible and the stack of associated plugins installed on our gateway box and kept up to date on whichever machine we were bootstrapping from.

So how can we do so? Well, it might not be the most elegant solution in the world, but a fun hack is to:

This is the Dockerfile (repo here) for this trick:

You can see that it installs Ansible and SSH, as well as adds in the files that we will be needing (such as Ansible playbooks and configuration files). The Docker Machine inventory plugin is also copied in for kicks, so that this image could also potentially be used to follow up with after the initial bootstrap to manage the created machines as well.

Likewise, this basic image is fairly customizable. I have it on Docker Hub as nathanleclaire/ansibleprovision. It could easily be extended by creating a new repo with a Dockerfile and a desired Ansible playbook to run, where the Dockerfile’s contents are something like:

What’s up with that entrypoint script? Well, it runs through the trick outlined above.

You can see that we expect the host’s SSH configuration directory (usually $HOME/.ssh) bind mounted in to /hostssh in the container. A SSH keypair is generated, intended for use with Ansible, and added to the host machine’s authorized_keys public key file. The original authorized_keys file is “backed up” so that it can be restored at the end of the script.

Following this, the ansible-playbook command is invoked on localhost with the CMD of the created image as arguments (by default, /playbooks/bootstrap.yml). Consequently, the playbooks are run on the host from within the container.

Following is a simple Ansible playbook (the aforementioned bootstrap.yml) I have been using, feel free to riff on it and innovate more. It is simply intended to take care of some basic system administration tasks which should be done to lock down the server somewhat and make it more pleasant to administrate. I’m sure it could be improved upon, so I’d love to hear your ideas in the comments.

Let’s face it, htop is ridiculous amounts of fun, and I want it on all my servers. I know some will protest at installing software on the host machine instead of running it in containers, and naturally I admire the zealotry, but when the Docker daemon crashes or containers start spinning out of control for unforeseen reasons, personally I appreciate the escape hatch.

Likewise, check out those last two tasks above. They enable memory and swap accounting so that Docker’s -m flag can be used (note that the machine has to be rebooted for this change to take effect, which you can do with docker-machine restart name). This is critical for operations such as reserving memory for containers using Docker Swarm and is exactly the type of boring boilerplate systems administration task that Ansible excels at making easier and safer. 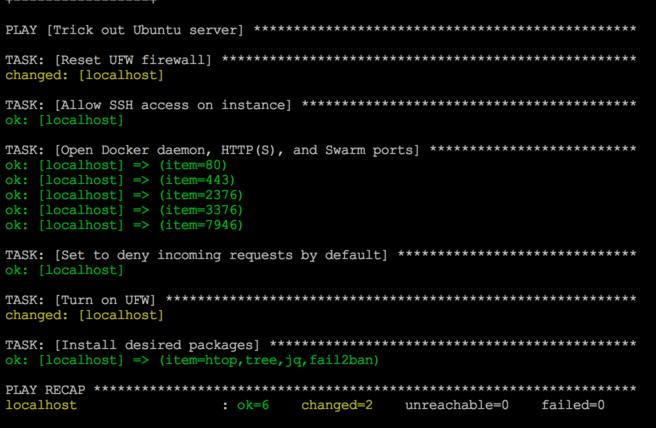 Now that we have our “ingredients” together, we can start “cooking”. Let’s do the abovementioned process on a DigitalOcean server. I’ll use an image generated from the Dockerfile mentioned above for shorthand, but you can also build your own from the linked repo.

Bonus Round: Using Docker Compose to simplify the process 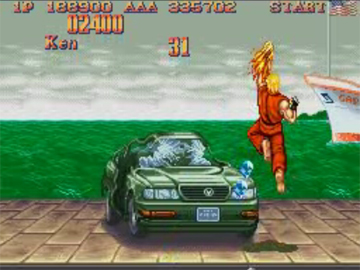 Remembering the command lines options listed above for the docker client can be somewhat cumbersome if we are doing it a lot. Let’s take those and turn them into a service in a Docker Compose file.

Then, instead of the lengthy docker run invocation above, if we have docker-compose installed we can simply run:

I know it’s somewhat oddball considering the general workflow expected out of Ansible users, but I find this type of provisioning / bootstrapping process really fun and somewhat refreshing. In the future, perhaps an extremely lightweight container-specific type of provisioning software which is intended to be used this way could emerge to enable this type of workflow. Looking even further out, the need for traditional provisioning might shrink into the horizon as minimalistic Docker-focused operating systems such as RancherOS gain popularity and maturity (consequently the “provisioning” is running additional system-level Docker containers) and/or other innovations allow us to strip machine-specific lower layers away entirely.

Likewise, in the future, I’d really like to see a declarative configuration for Machine, or just the Docker tools in general, that makes this process (including bootstrapping swarms and overlay networks) easier. Docker Compose isn’t really super oriented towards the sort of use case that we’re using it for here (it is somewhat more strictly expected to bootstrap a single application, not infrastructure), so I hope in the future to see more positioning supporting these types of use cases out of Docker projects in the future. The Compose folks are really smart and working on getting everything right, so I’m optimistic there.