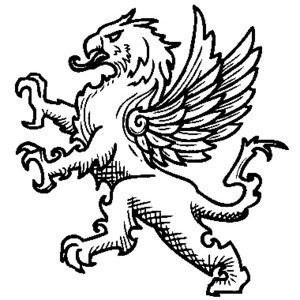 A Tale Of Three Configs

Once upon a time, there was a programmer. She put together a very fun program to post cat pictures to the Internet. Day in and day out her script would run reposting pictures from one social media site to another, and to another in turn. As she continued developing the program, she eventually found herself wanting to add additional (optional) functionality. For instance, in order to pass the script to someone else to use she would have to stop hard-coding in her passwords and secret tokens for various sites.

Knowing as she did that UNIX was the One True Way (tm) sent from on high to guide generations to come, the programmer turned her sights towards adding these as --fancy-flags in parameters passed to the program when it was invoked on the command line. But, over time, as the program’s functionality grew & grew & grew (like most little programs do), she found that the gaggle of flags she had created was taking over, and making even the usual command --help text flood a whole terminal screen! She knew that change was in the air. She knew that she needed to make her program configurable by a simple file instead of this jungle of flags.

Disliking as she did the verbosities of XML, she briefly considered JSON for the task. But, having been recently bitten by a strict parsing syntax and favor for machines over readability and writability by humans in JSON, she decided to explore the unknown.

Before departing her home to seek enlightenment on this issue, the programmer stopped to seek counsel with the neighborhood warlock.

“Mr. Warlock, I seek to configure my program in a file. Maybe I could write my own config language? It might look something like this:”

The warlock emitted a harsh laugh while turning to face the programmer with a crooked eye. “Only to find yourself in the quagmires of syntax? To write a parser instead of getting work done? To ensure no one else can read and write it?”

“Tell me then, Mr. Warlock. Which is the language that is best of all?”

The warlock glared back at the programmer. “Not even the gods know that. But there are at least three you can try. Go to the woods 65536 paces north and seek the stones of YAML, TOML, and HCL. When no stone is left unturned, you will find what you are seeking.”

The programmer heeded this advice and, after a quick meal of bread and soup, set upon her way north.

In the North Woods

In the cold north woods the programmer fought off an assortment of dire wolves and reanimated wildlife to find herself facing, and illuminating via torch, the revered stones of YAML, TOML, and HCL.

On the YAML stone there were words engraved which glowed with a soft yellow hue. She did not know what they meant, but she could tell that they contained great power.

Whispering to herself the words the programmer could feel the power of their concision and a sense of swift, natural movement to their form. And that first line seemed to her to be a pure-breed first-order comment, something that was nowhere to be found in the scribbles of JSON that the holy women and men would leave around the village. As she looked she became keenly aware of the wind on her face.

She suspected that if she were to invoke this stone’s power, she would have to take great care with whitespace and special characters.

On the next stone, the TOML stone, the runes pulsed with a light blue glow.

She liked this stone. It was familiar and friendly and warm. It reminded her of fresh baked bread with butter spread across, and an old familiar cantrip that she knew, *.ini, but with more power. She felt like this format would be excellent for shorter configuration files. She wondered how whether it would handle deeply nested data structures, though.

On the last stone green characters hummed softly and brightly. “HCL,” she spoke out loud as she took in the writing.

She liked that it had curly braces. And somehow the equals signs lined up in a way that wasn’t noticeable with the other two, which was very nice. Maybe writers of this configuration format could use a spell to print it pretty like that. She knew that the HCL stone was the youngest and most closely guarded secret stone of the three. But she still wasn’t satisfied.

Turning to face away from the stones, she suddenly felt a huge whoosh of air, and from above her something knocked her onto the ground amidst a rapid onset of noise and heat. Looking above, she saw a ruby red dragon perched on the enclave above the stones, preening itself and looking bemused at the programmer’s shock and awe. 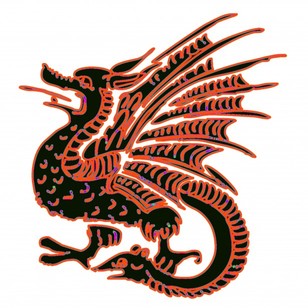 In a booming voice, the red dragon spoke.

“You are never satisfied, and now you are about to be lunch. Well, what have you got to say for yourself then?”

“I’d say… I made a mistake, Dragon. I’m a JSON woman for life now, I swear! Just spare my life and I’ll use any configuration language that gets the job done…” Then, pausing: “… as long as it’s not that damned XML!”

The dragon erupted with laughter.

“Yeah, I hate XML! At least you can decide on that!” shouted the dragon, laughing so hard that it began crying dragon tears. The cries could be heard all through the woods and in the canyon across, the dragon’s visceral belly-laugh sending shockwaves throughout the terrain.

The dragon relented. “Fine, I will spare you, for I have already dined today on many deer and grape vines, and a bit of human was just meant to be my post-dessert snack. Now, move along human, before I roast you good!”

On the journey home a woodland creature popped out to greet the programmer. It was cute with big eyes, and fast too, but it was obstructing the programmer’s way.

“Out, you!” she said as she attempted to move forward. “I just want to go home, what do you want?”

The little creature stood up tall and spoke elegantly, if a bit cryptically:

“Oh yeah, it’s you!” she said. Running the requested invocations, she remembered that this program stored the results in some kind of file like… was it, ~/.gitconfig? Yeah, what’s there?

By the time that she snapped out of her thoughts, the little creature had scampered off again. Best to look into it later and see what it can do, she supposed. Something about an editor and a pager teased at her thoughts.

The programmer, true to her word, wrote her config file using JSON and continued to deliver cat pictures for the townsfolk. But the dreams of a better, brighter configuration format gnawed away at her. Perhaps she would find one on another adventure.