cURL the Night Away 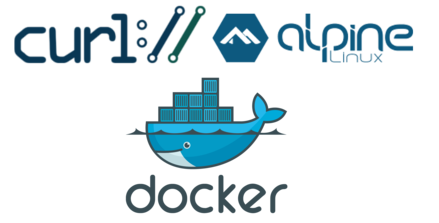 One of my favorite open source projects is cURL. Though frequently taken for granted I really feel that it deserves a lot of appreciation and respect. Without curl available in our toolbelt those of use who do heavy interaction with the network (quite a few of us) would really be in a pickle. curl is fast, minimal, and like most good tools, tends to stay out of your way and “just work”.

Due to its wide-ranging “Swiss army knife for data transfer” scope it is not entirely unheard of to want a feature of curl (such as UNIX socket support) that your system’s provided packages either have not been configured to support or are too old to include. Consequently you might find yourself wanting to compile a version of curl for yourself which includes these features. In spite of the fact that compiling your own dependencies can be scary, especially if you’re not the type to pop open the proverbial hood and poke around, it is an incredibly liberating experience to customize the software you are using exactly to your own specifications.

It is also empowering to know that if needed you can compile your own software and aren’t limited to the packages that others hand to you. Suddenly, you may become filled with a giddy feeling that you can install and configure any software under the sun, exactly how you like it, without needing to accept the limitations or differences in preference where others left off. Since humans frequently like nothing more than to feel that they have made their own mark on a thing, this is one of the most addicting rushes of working with open source software.

Docker, with its filesystem isolation properties, is a perfect fit for this sort of tinkering. You don’t need to worry about messing up your own local system with installing dependency libraries or a botched make install-type command. It frees you to take the training wheels off a bit and be willing to make mistakes. This is a great thing since the only way to learn is to sometimes botch things completely and botching them inside of a container that you can simply throw away is much safer than messing with your local system until you get it into some bespoke state. Additionally, if you script the steps with a Dockerfile there will be no messy attempts at recalling the build later on – it will all be documented and automatable via Dockerfile. Though it does not 100% guarantee build reproducibility, it is a dramatic improvement over a hastily scrawled README.

Let’s build a Dockerfile to create a minimal, Alpine Linux-based image with support for HTTP2. An emphasis will be made on keeping the generated image small and on customizing curl 100% how we like it.

HTTP/2 is a replacement for how HTTP is expressed “on the wire.” It is not a ground-up rewrite of the protocol; HTTP methods, status codes and semantics are the same, and it should be possible to use the same APIs as HTTP/1.x (possibly with some small additions) to represent the protocol.

The focus of the protocol is on performance; specifically, end-user perceived latency, network and server resource usage. One major goal is to allow the use of a single connection from browsers to a Web site.

Long story short, HTTP2 is meant to address some shortcomings of the original HTTP/1.1 protocol, including performance. Playing with the linked demo, CloudFlare claims about a 4x-8x speedup from my home computer. A web that’s 4x-8x faster? Yes, please.

Here is the curl-with-HTTP2-support Dockerfile:

The general outline of the build is like so:

Alpine Linux is a minimal Linux distribution with an emphasis on security and speed. Package installs are fast using apk, the image contains only the bare minimum to do basic UNIX-ey things by default, and it is tiny relative to other Docker base images people use. Disk space, and especially network usage, really does matter, so the lighter we can make our image, the better.

Comparison of uncompressed size of common base images (using :latest at time of writing): 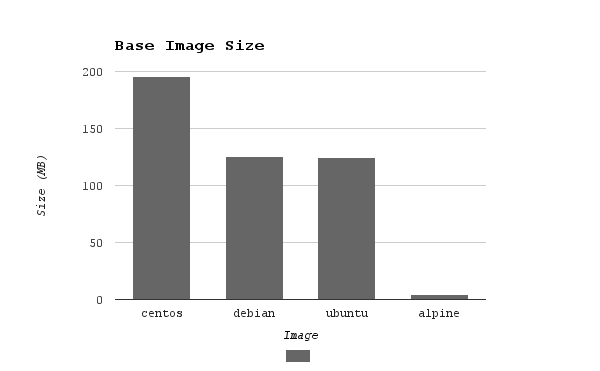 Are you getting 25x the amount of value considering the congruent hit to disk and bandwidth? In some cases, maybe, but the Alpine packages keep getting better and better every day and include killer features such as search by filename (Example: Need to locate which apk package contains the binary file mke2fs? No problem at all.). Unlike some other tools where I’ve found myself resentful to have spent a bunch of time learning their quirks, I’m delighted with Alpine so far and it continues to reward me. Especially for little utility containers such as this curl one, the reduced size is wonderful.

The nghttp2 package (required for HTTP2 support in cURL) is only available in the “testing” repository of the Alpine “edge” branch, so these lines set the stage to make sure that package is available when we apk install. I found this all out by reading some explanations of using cURL with HTTP2 noting that the nghttp2 library was required (due to the complexity that HTTP2 introduces) and poking around at the Alpine package archives.

When cURL releases a new version and we want to update the image, we will only need to change one place in this file, the environment variable. 7.50.1 is the latest stable cURL release at the time of writing.

These are dependencies that we actually want to stick around in the final image, default certficiates and libraries to use SSL with curl (needed for HTTPS). Note the --no-cache. This ensures that apk does not use more disk space than needed to “cache” the package location lookups it is doing and saves us space in our final image.

The next RUN command is just one layer (so that we can install some dependencies, use them, and clean them up without having them be persisted in the final image) but there’s a lot going on so let’s take a look step-by-step to see what it does.

All needed to successfully compile and install curl. The use of --virtual illustrates a useful apk property, “virtual” packages. You can give a subset of packages a label and then clean them all up with just one line later, apk del virtual-pkg-name.

Get the cURL source tarball, extract it, remove the downloaded artifact (we don’t need it after extracting it), and cd into the source directory.

The familiar ./configure; make; make install rodeo with some cURL-specific flavor. --with-nghttp2=/usr is the magic bit here for HTTP2 support. Since our Alpine package installed nghttp2-dev to /usr/lib, /usr is the proper argument to pass here. The build will look for lib and a package configuration file inside of that directory. You might see /usr/local or other dirs in some other examples.

Most of the other arguments (except --with-ssl) are ripped off of the upstream’s APKBUILD for curl package. Since the Alpine package maintainers generally do a good job I decided to just re-use their existing configuration. If I was feeling really saucy, I’d go dig in and decide in a granular way which ones I did and did not need, but I probably would like most of them including UNIX socket support and IPv6, so I left them as-is.

This is all just cleanup.

Leave the build directory (our binary has been installed now), remove the source directory, run apk del curldeps to remove the virtual package we started before, and remove /var/cache/apk (package cache, not sure why this is still around with --no-cache to be honest) and /usr/share/man (manpage, which is useless without man installed) directories. Some of this, especially the removal of the cache and man directories, is somewhat image size fetishism, because they are really not more than 1MB or so in size. Those were the ones that I identified using du | sort -n as being probably unneeded in the final image, and I do love trimming images down to be quite minimal.

Because all of these steps were done with one RUN command, they result in a fairly small image layer in spite of the fact that at the beginning we installed ~212MiB worth of dependencies to build the finished product. If that was done in a separate layer, the removal would not truly “remove” the files in the finished image but instead would merely “white out” the files.

And last but not least:

docker run image will invoke curl by default. This could also be ENTRYPOINT but I don’t really mind CMD here to allow for easier over-riding on the docker run CLI.

To build, just drop the Dockerfile into an empty directory, and:

Running it is fairly straightforward once built. Let’s check that everything worked as intended by contacting nghttp2.org. -s for “silent”, --http2 for HTTP2, and -I to return just the headers to verify that we are using the correct protocol.

It works, good times. And the final image clocks in around 16MB. Not bad for a bespoke curl build that needed hundreds of MiB in requirements to compile.

Hope you found this useful. Until next time, stay sassy Internet.